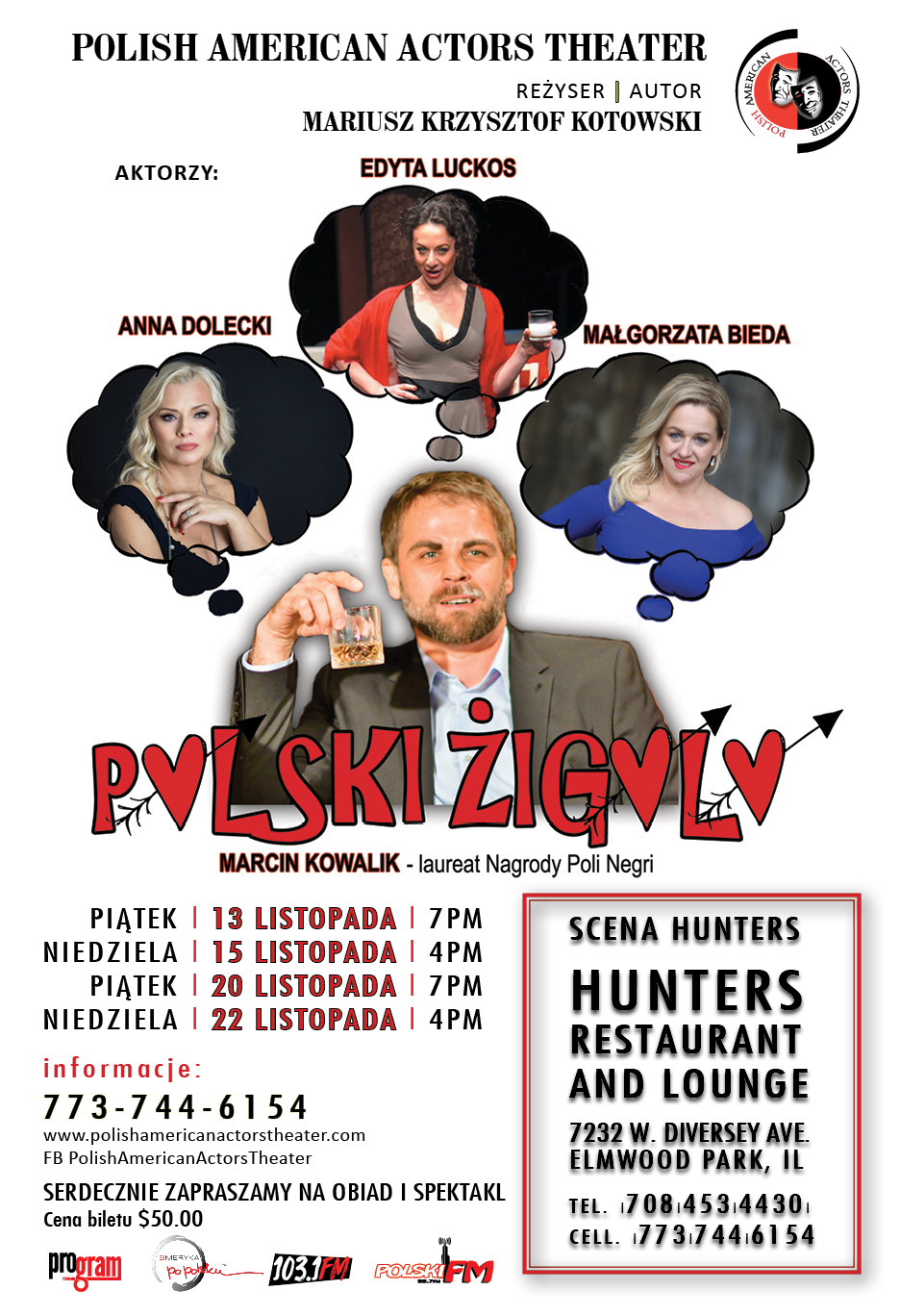 The Polish American Actors Theater presents the play POLISH GIGOLO by and directed by Mariusz Krzysztof Kotowski. POLISH GIGOLO is a theater play on the border of farce and tragicomedy, set in Chicago in time before the coronavirus pandemic in 2020. Kotowski wrote the play at the turn of 2019 and 2020, during his stay in Chicago, where he worked with the actors of Polish American Actors Theater.

The protagonists are three women and one man. Each of the women has a different personality, worldview and approach to life. A selfish man, whose lighthearted approach to love and responsibility confuses their lives, wanders between these three different women.

Czarek is an amorous egoist who does not know what he wants from life. He is a realistic and convincing figure in his helplessness. Ewa is a responsible and sober activist who hides her sensitivity under an armor of coldness and distance; her sister Justyna is the exact opposite of Ewa - naive and straightforward, unable to grasp basic human relationships. Kinga, Czarek's wife is a local actress in love with herself, emotionally unfulfilled.

Kotowski took four figures under the scalpel and, presenting them in the context of their mutual relations, revealed their motives and reasons. By resigning from extensive scenography, the author focuses on the emotional nudity of the heroes of the play.

The inspiration for the Polish Gigolo was a true story that took place in Chicago.

The director and actors of the Polish American Actors Theater invite you to a performance that will appeal not only to viewers who like the humor and comedy elements, but also to people who appreciate the extensive psychology of characters and the image of relations between men and women presented in a crooked mirror.