Ich czworo
The Four of Them   by Gabriela Zapolska 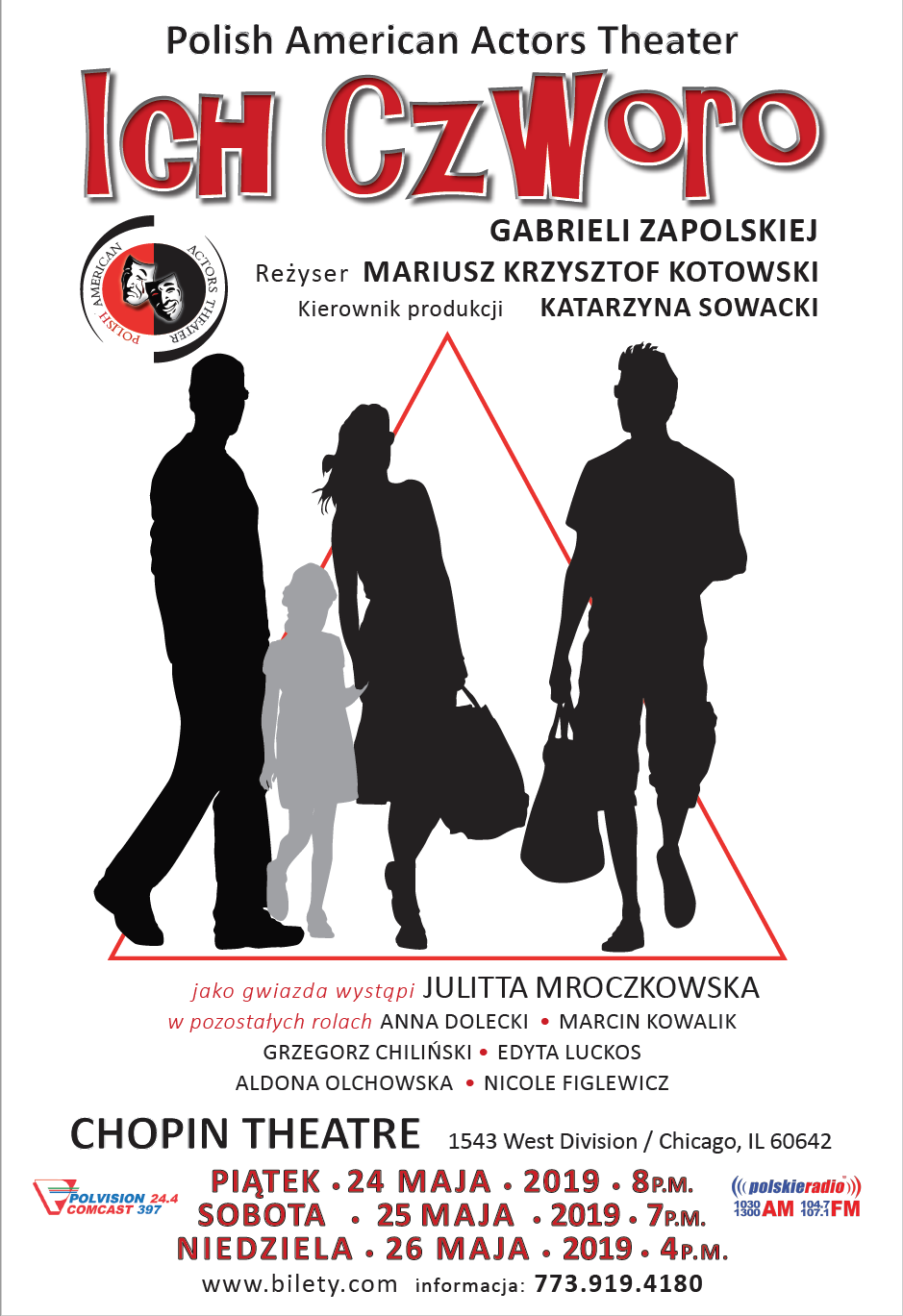 A tragedy of stupid people

performed by a cast of outstanding Chicago actors.

The play Ich czworo [The Four of Them] by Gabriela Zapolska was written in 1907 but its message continues to resonate with audiences today. Described by the author as a “tragedy of stupid people”, the tragicomedy Ich czworo is an in-depth study of human nature presented through the prism of a love triangle and a child caught in adults’ drama. The universal nature of the problems shown in a distorted mirror of satire and absurdity, combined with a light and playful language of the text make this play fit perfectly into the context of today’s reality. The artists of the Polish American Actors Theater hope the play that triggers laughter through tears will also create space for a deeper reflection on human nature and the complexity of family relations, and that the performance will make an unforgettable impression on you.

Gabriela Zapolska wrote Ich czworo for her own acting troupe, after returning from Krakow to Lvov in September 1907. She described the play in the following words:

"Ich czworo is my favorite play. In those four characters I wanted to synthesize common human stupidity that we have to live with and face every day. I’ve heard claims that the actual tragic fate here is that of the child. I am not sure what others perceive as a tragedy in life. As far as I am concerned, when a woman becomes a tart and a man a swindler, that’s a great tragedy in itself. When a kept woman takes over a home, and starts to reign over a weak man, a quiet man, that is also a tragedy even if no Browning or dead bodies are involved. I was given an ocean and asked to fit it in a cup. The ocean is the daily human stupidity, and the cup is the stage."

There isn’t a generation that would remain indifferent to the works of Gabriela Zapolska. In the history of Polish literature her artistic output has no equal, and her stage plays, short stories, and novels are considered masterpieces. For us Poles, Zapolska is an exceptional writer, and a genius. The characters that she created stay with us forever. All her life, Zapolska was dreaming of coming to America. Unfortunately, she never made it happen. So now we, the team of the Polish American Actors Theater, are thrilled to present to you one of her masterpieces – the stage play Ich czworo, performed by a cast of outstanding Chicago actors. I am extremely happy to share this experience with you.”