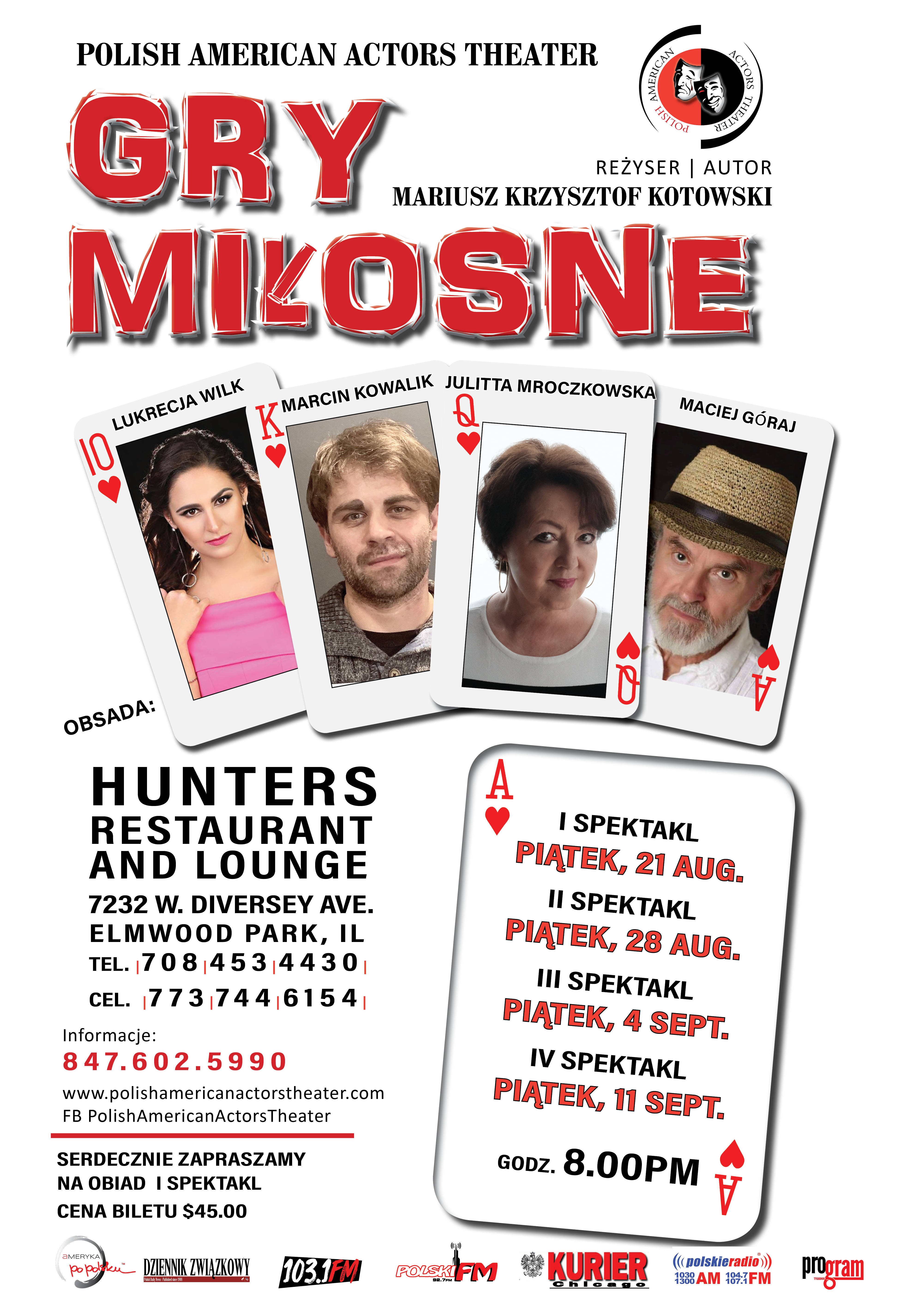 Kotowski began working on the play in 2018, during his stay in Józefów, where the situations he witnessed inspired him to write this piece. The script of "Love Games" took its final shape in 2020.

A holiday encounter of two married couples can lead to many surprises. The theme of the play is a special dance of two married couples, in which people eager for new experiences take over. However, their intricate plans will be hindered by the habits, shared rituals and interdependencies that are inherent in these two relationships. The plot also reveals a lie that cements the fate of two people who otherwise would never be together.

The action of the play takes place in Józefów near Warsaw, in the newly-rich house of Hubert and Patrycja, visited by Hubert's uncle - Fabian and his wife Izabela. Izabela watches anxiously as Fabian's lighthearted flirtation with Patricia turns into a serious romance, which pushes her herself to immoral acts.

The actors of the Polish American Actors Theater will provide you with an evening filled with sharp, brilliant and funny dialogue as well as great acting. LOVE GAMES will make you not only smile but also cause a deeper reflection on human nature and the complexity of social relations, and the performance will provide you with an unforgettable experience.

After the huge success of Ich Czworo in Chicago, the Polish American Actors Theater invites you to the second theatrical production - GRY MIŁOSNE - a play by Mariusz Krzysztof Kotowski. The play tells about an emotional game for four hearts, taking place between two married couples. Luck is at stake in this game, and the winner is whoever has the most aces up their sleeve.

It is a great pleasure for me to present you the performance that we have prepared with our talented and enthusiastic artistic team. Working for the Polish audience that is so close to us in Chicago is an extraordinary honor for the Polish American Actors Theater.

I am very much looking forward to meeting you again and I cordially invite you to the play LOVE GAMES.